This chart shows the performance of the Aggressive model portfolio model portfolio since inception (3/31/02) compared to the S&P 500 (including dividends) as represented by the Vanguard 500 fund (VFINX) based on an initial investment of $10,000.

The Aggressive Powerfund Portfolo has been around since early 2002, and in that time it's gone through lots of changes. You can see each version of this portfolio in the chart below. Click on the double arrows by the dates at the top of the chart to navigate.

We made some changes to both model portfolios at the end of June. The end result was a slight increase in stock exposure and an increase in our exposure to interest rates by moving from shorter-term to longer-term bonds. We also made some tweaks to our hedging strategy to protect the portfolios from an increasingly likely drop in high risk debt. 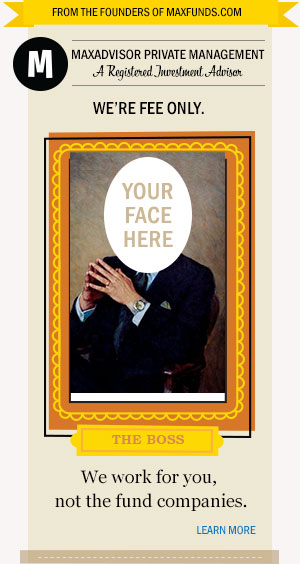